We have assembled a highly qualified management team and crews with many years of heavy highway experience, who are capable of meeting the rigorous demands of the construction business.

As a tight-knit team, we establish a plan on how to best unite all the pieces for a final build that exceeds expectations. Find out more about these dedicated people who care about every facet of their work. 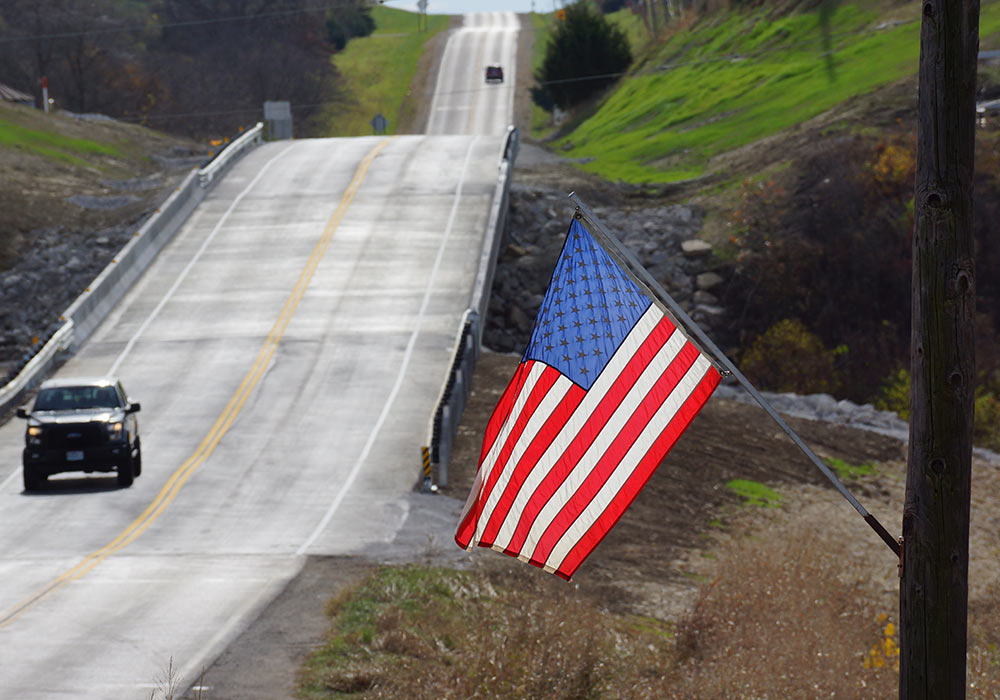 Lee Hardy began his 25-year career in the construction industry serving 13 years as Vice President at Hardy’s Inc. and was the fourth-generation to work within the family-owned general contracting business, which employed more than 100 people.  After Hardy’s underwent a merger acquisition with another local contractor, Lee remained for a five-year contract to support the estimating and project management divisions as a manager and consultant.

In 2007, Lee became part owner of Phillips Hardy Inc. In his current role, Lee focuses on industry innovation and incorporating current best business practices into the company. He manages client relationships with the goal of customer satisfaction in mind. With an eye to the future, Lee evaluates new markets to ensure the company continues to experience industry growth and evolution.

Wyatt Phillips grew up running earth-moving equipment with his dad and was in the farming industry for many years. Phillips Grading and Construction, incorporated in 1994 by Wyatt and his wife, Kathy, originally began in 1967 as a part of a farming operation developed by Wyatt’s father.  Wyatt is proud to have seen their family business grow substantially; what started as building drainage ditches for farmers in Mid-Missouri is now a diverse organization with a multi-state reach.

Devoted to his profession, Wyatt has directed the evolution of the company using his experience and knowledge, while overseeing all aspects of in-progress jobs. Through the years, he has focused on building a team that is trustworthy and of strong character.

Kathy Phillips, an original founder with her husband Wyatt, has a deep commitment to this family-owned business and to the progression of the industry. She has been instrumental in establishing appropriate processes for the company, ranging from implementing effective personnel to making key financial management decisions.

Denise Day has been a member of the Phillips Hardy Inc. team since 2005. She oversees multiple departments within the company, including Accounts Payable, Receivables, and Human Resources. Denise also serves as the company’s EEO Officer.

A certified public accountant, she has held various accounting and management positions throughout her career including at Williams-Keepers and Mid-Missouri Telephone Company. She earned her bachelors of science in accountancy from the University of Missouri and is a member of the Missouri Society of CPAs and the American Institute of CPAs.

Jason Stastny came to Phillips Hardy with 20 years of construction industry knowledge and skills, having previously held the roles of Operations Manager, Area Manager of DOT Roadway Construction, and Superintendent/Foreman for Oldcastle Materials/APAC Missouri, Inc. Jason has extensive experience managing multi-million dollar projects in multiple states and across varying domains of heavy civil engineering. He holds various professional affiliations and certifications and his work has been recognized with numerous MAPA and NAPA Quality in Construction Awards throughout his career.

Phillip Raines brings over 20 years of experience in highway construction to the Phillips Hardy team with a track record of achieving exceptional results in both the estimating and project management areas of DOT highway construction.  Phil began his career with the Missouri Department of Transportation, working initially as an Inspector and then a Resident Engineer.  Following which, he made the transition to the contractor-side of highway construction, working for APAC-Missouri and then Pace Construction Co. in estimating and project management capacities.  He is a licensed Professional Engineer in the State of Missouri and has a Bachelor of Science in Civil Engineering from the University of Missouri.

Jason Lusby runs project management for Phillips Hardy out of Arkansas. He has over 20 years of experience in heavy civil, heavy highway, and large infrastructure projects. Jason is skilled in planning and executing all aspects of construction from start to ﬁnish. His work experience includes positions from Carpenter and Field Engineer to Superintendent and six years of Project Management. He has previously worked for Webber LLC, James Construction Group, and Manhattan Road and Bridge.

Matt Brosch brings over 25 years of experience in the construction industry to Phillips Hardy. His area of focus includes both project management and quality management of US Army Corps of Engineers and US Air Force projects here in the Midwest.  Matt has extensive experience developing and implementing quality control plans as well as managing construction projects from conception to final completion. He earned his Bachelor of Science in Construction Management from Central Missouri State University.

Jason Doty brings a decade of construction experience to Phillips Hardy, possessing expertise in both the digital and physical aspects of project fulfilment. He has coded multiple efficiency-improving applications over his career, including a program for Coreslab Structures’ that allows information concerning production schedule, pre- and post-pour inspections, and piece information to be updated and viewed real-time. His attention to detail and critical evaluations of contract drawings and specifications are an invaluable asset to the effective, safe execution of Phillips Hardy jobs. Jason holds a Bachelor of Science in Civil Engineering with a focus in structures from Michigan Technological University.

Dwayne Kennedy came to Phillips Hardy with over 20 years of expertise in the Environmental Health and Safety Management field. Dwayne has a broad background in safety management with experience in an array of industries. He boasts a track record of developing and implementing innovative safety training and procedures, resulting in considerable decreases in the number of injuries and unsafe conditions, as well as turnover rate. Additionally, Dwayne is an authorized OSHA 500, 501, Confined Space Entry and HAZWOPER instructor, DuPont STOP instructor, ISO Internal Auditor and Incipient Fire Force trainer. Dwayne studied Industrial Engineering and Management at the University of Arkansas and Business and Quality Management at Missouri State University.

We have been in the construction business for decades, and we take great pride in our ability to evolve our business with industry changes while understanding that maintaining strong core values creates the foundation for success. Phillips Grading and Construction, incorporated in 1994 by Wyatt and Kathy Phillips, originally began in 1967 as part of a farming operation developed by OJ Phillips, Wyatt’s father. With its roots in drainage ditch construction, grading flood damaged land, and levee construction, the company grew over time to construct many private projects including both commercial sites and residential subdivisions as well as many public projects.

Lee Hardy began his construction career with his family’s general contracting business, Hardy’s Inc. where he was a fourth-generation family member and vice president for thirteen years. Hardy’s family business had its origins in 1950, when his great-grandfather, F. Lee Hardy, formed Lee Hardy and Son with the purchase of their first bulldozer. The company originally performed custom dozing work and soon evolved into farm-to-market road construction. As the generations of Hardy’s grew up, Lee Hardy and Son diversified into Hardy’s Inc. which focused on highway transportation and local municipality projects.

As their individual companies expanded, the Phillips and Hardy families had opportunity to work together on a few projects and by doing so, developed a mutual understanding and respect for the core values driving each company. After Hardy’s Inc. underwent a merger acquisition with another local contractor, Hardy remained for a five-year contract to support the estimating and project management divisions as a manager and consultant.

Following the completion of Hardy’s contract in 2007, he and the Phillips’ rekindled their working relationship, recognizing the unlimited potential for success when combining their talents, and formed Phillips Hardy Inc.

In this business, consistency is key and we take pride in doing it right the first time.